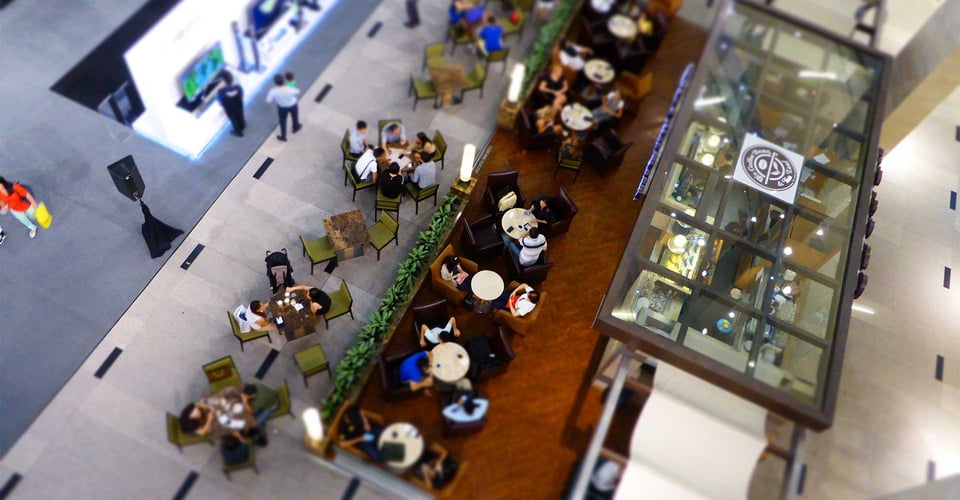 Cozy Corner, the sister company of Little One Shop, is a retailer of baby clothes specializing in simple, classic pieces for newborns. The Husband and Wife team behind Cozy Corner originally found success utilizing Facebook ads with Little One Shop, and wanted to partner with EmberTribe to grow Cozy Corner.

The client had success with Little One Shop by utilizing:

As their newer company, Cozy Corner did not have the pixel data or the social following of Little One Shop. Our goals to start were to: 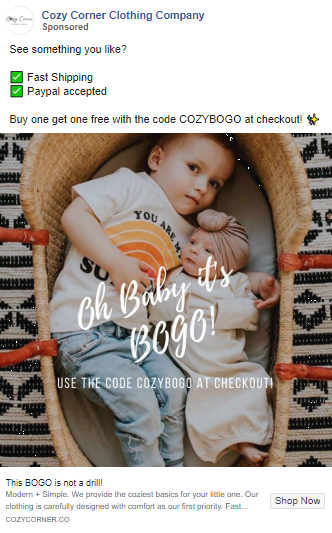 We built out a traditional funnel structure for Cozy with the top of funnel utilizing visually appealing in various formats (like Instagram and Facebook Stories) to help drive traffic to the website. For the bottom of funnel, we used DPA’s and small discounts to draw hot audiences to purchase.

Because the Cozy pixel lacked data, we relied on the LOS pixel to provide us with data for lookalikes.

In regards to discounts, while the client was open to discounts, they wanted to try and acquire customers using fewer discounts. So we opted for testing out discounts in the range of 15-35% to start off.

Initially, we did rigorous testing of over twenty different audiences at the top of the funnel. We also utilized CBO to help us sort through which lookalikes from Little One Shop to use and tested various conversion events like add to cart versus purchase.

We also tested various discounts under 35% in various windows of time. For example, we would offer 15% to people who viewed the product or added to cart within the last 7 days. Then we would offer 25% to someone who had done both within the time-frame of 8-16 days. 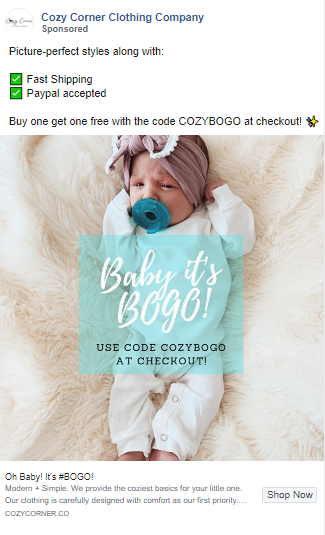 Even with rigorous testing, we were hitting a wall with this client. So we looked back again at the data we had and found that the client had previously had spurts of success with utilizing heavy discounts at the top of the funnel. While different than a traditional funnel, we decided to test it out.

So in the top and bottom of the funnel, we ran ads that had a 50% off discount code. We ended up killing our middle of funnel campaign, as we didn’t have enough traffic coming through it so CPAs were getting to be too expensive.

Immediately after implementation we saw a 153% increase in overall ROAS the next week. We also saw a 46% in content views, 489% increase in cart adds, and quadruple the number of purchases we had the previous week.

However, our DPA’s still struggled to see results as exciting. We switched up copy, tried narrowing the product set to popular products, as well as incorporated a conversion campaign, but we still were not seeing results as successful as our top of funnel.

While 50% was working, we decided to test it out in another form: BOGO. Because the offer is already so marked down in the top of the funnel, we made the assumption that it drastically lost effect seen later in the funnel, thus the plateau of results in the DPAs and the conversion campaign. 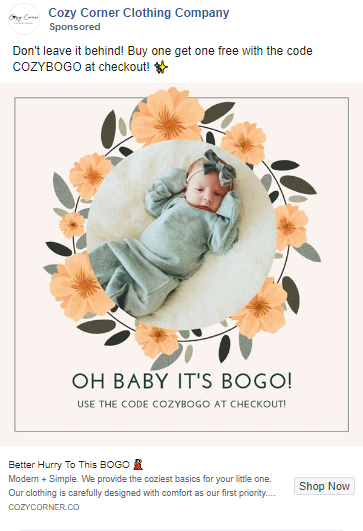 Think of it this way. You pass a furniture store with a big 50% off sign in front of it. It catches your attention and draws you in. Perhaps you even eye a few items that you may want but you’re not quite ready to pull the trigger. So you leave without making a purchase. The next day, you pass the store again, and see the same sign. Does that sign draw you back in?

Probably not. It’s not a different offer, nor doing anything different to push you past the window shopping you did before.

The next day you drive by and there’s a new sign in front of the store: BOGO.

It’s a different discount, and close to 50% off (once you math real hard and calculate what you’ve made), but disguised in a mask that looks very different.

Overall, with the switch of strategy, we were able to almost triple ROAS and see 5 times more purchases than we did before the discounts. Best of all we were able to increase volume without sacrificing profit margin—ROAS actually grew here and by a substantial amount.

Sometimes brands want to veer away from using discounts for a number of reasons. In this case, the client was afraid of losing profit margin. Theoretically, it would make sense that a discount here would only amplify that fear by making the theory true in practice.

However in practice, using a discount, even at the top of funnel, proved to be very profitable.

Think of it as a gateway. You’re acquiring a customer for less and with the discount (especially true in BOGO), and in return, they spend more because the discount allows them to think they’re getting more of a deal. We’ve all done it: walked into Target or another retailer, saw the sale, stocked up, then picked up a few non-sale items as well and justified it to ourselves because we were saving money with the other items. With this client, in particular, we saw a higher ROAS from cost of acquisition drastically falling and a higher average order value — even with the discount.

We’ve seen this with other clients as well. Customers will enter the site during a sale and stock up, driving the average order values up and the ROAS with them.

So don’t be afraid to discount! Use it as a vehicle to get customers in the door, and, hopefully like this client the results will be worthwhile.