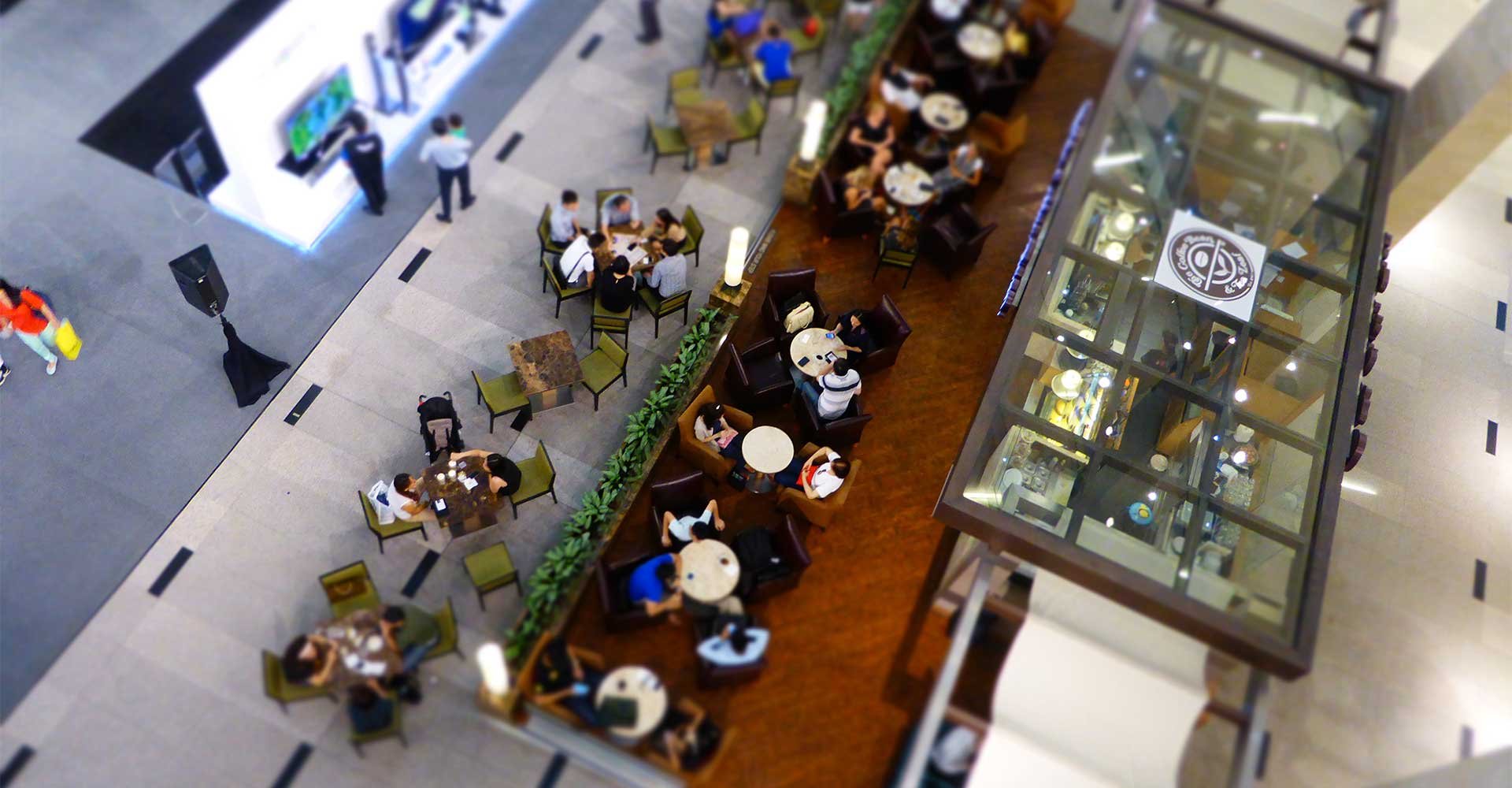 When we began working with Grin, they actively sought two types of conversions via the Facebook pixel: One to represent Leads, and one to represent marketing qualified leads (MQLs). Our job was to maintain the high quality of the MQLs, increase the number of Leads and MQLs, and lower the cost of each amid fluctuating budget parameters.

Here’s how we did it. 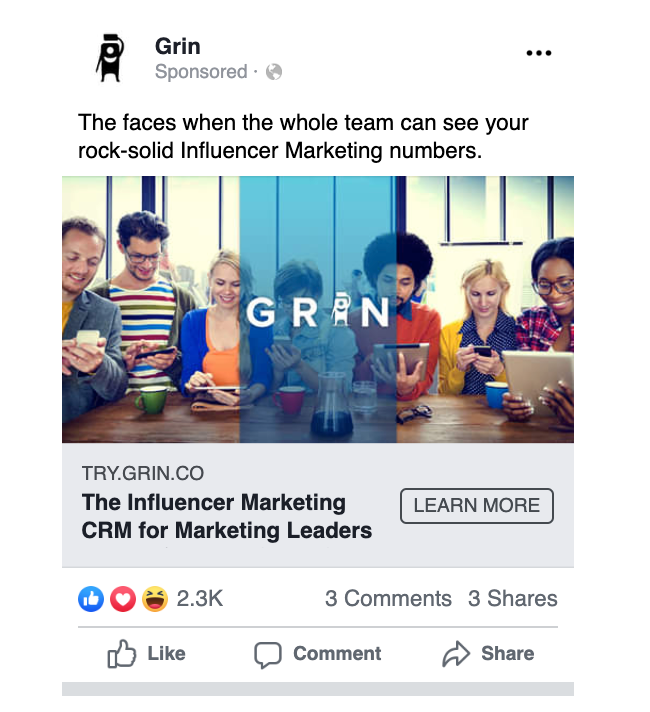 Understanding what constituted a valuable MQL for Grin was key – their sophisticated software required an equally sophisticated influencer marketing team inside a brand to make it work. We worked with the Grin team to develop landing pages and forms that automagically cut to the chase, eliminating smaller teams with less influencer experience, as well as influencer and marketing agencies.

Next, with a clearly defined set of MQL personas to work from, our team got to work creating laser-focused, layered audiences that fit attributes like demos, places of business, geographies, incomes, and specific software interests. It was all about getting the right people to fill out the forms – casting the net wide enough to allow for scale, but not so wide that either Leads’ quality suffered. 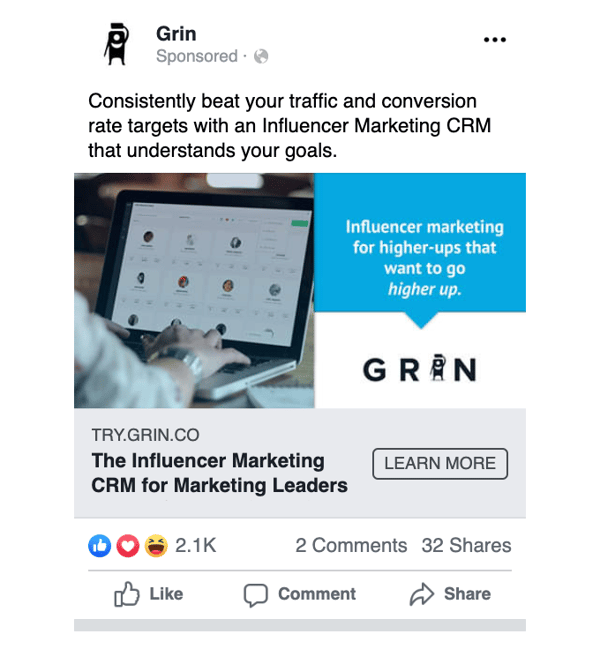 Like most clients, Grin’s budget started on the lower side, a decision we encouraged while we properly trained the algorithm. We started small, less than $10k / month for our first couple of months together. We scaled incrementally during those times  – 15% a day every three days – as we built trust and seasoned the pixel.

Meanwhile, we developed several ads that spoke directly to our MQL persona, and only that persona, which (combined with the streamlined landing pages) meant less waste at the top of the funnel. Then, we built thousands of reactions, comments, and shares on those ads. 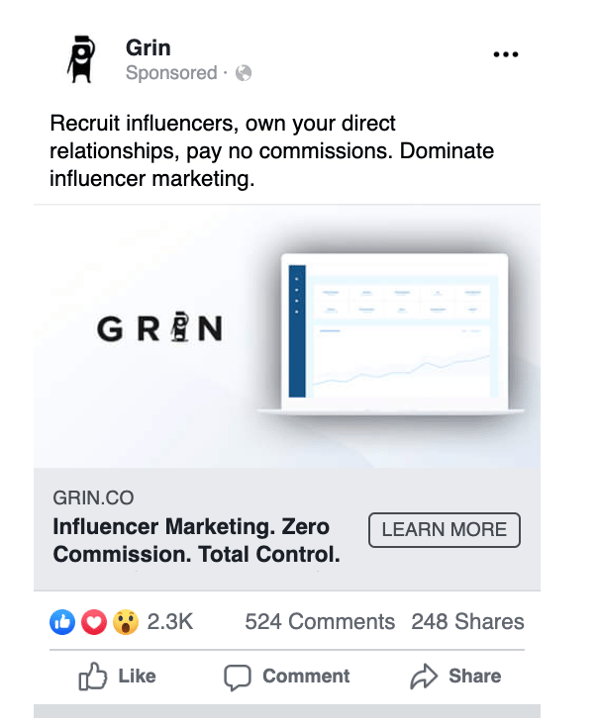 With this combo, we found we were comfortably able to maintain both Lead & MQL quantity and quality, which driving costs down below their target CPLs.

Following a steady Q4, Grin gave us the mandate to turn on the boosters in the second half of Q1, rocketing to over 5x the ad spend we had been working within the previous months. This was when our slow and steady growth over the previous months paid off.

After expanding our meticulously built audiences into visit and conversion lookalikes (and making sure we didn’t waste sales team time by excluding previous contacts) and enlarging the reach of our proofed ads, we were able to generate 733% more new MQLs for their sales team per month, at a 43% decrease in cost per MQL.